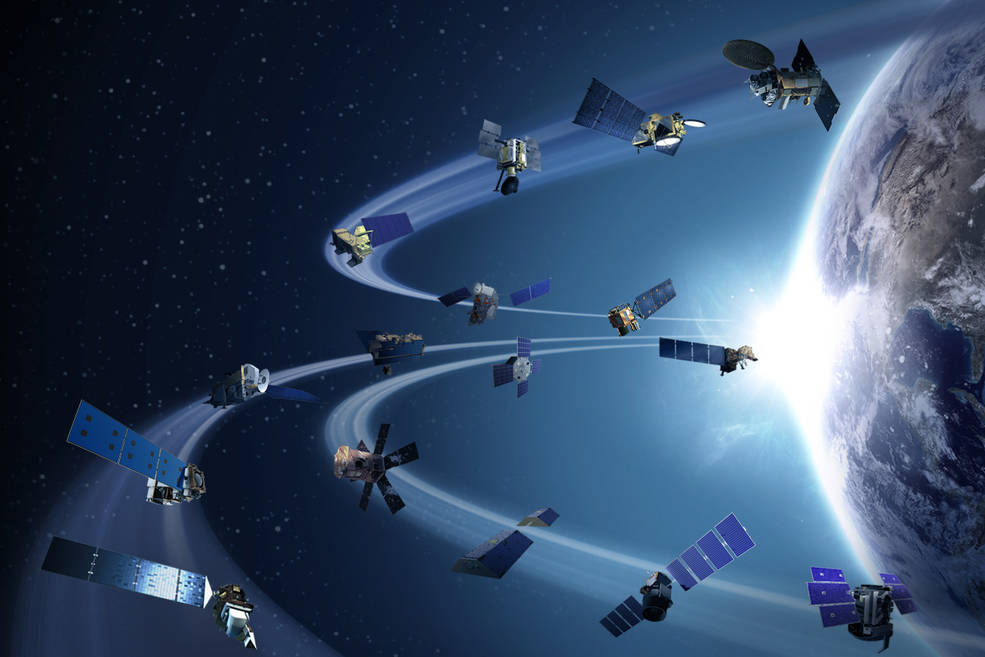 NASA and SpaceX have signed a joint agreement to formalize both parties’ strong interest in the sharing of information to maintain and improve space safety. This agreement enables a deeper level of coordination, cooperation, and data sharing, and defines the arrangement, responsibilities, and procedures for flight safety coordination. The focus of the agreement is on conjunction avoidance and launch collision avoidance between NASA spacecraft and the large constellation of SpaceX Starlink satellites, as well as related rideshare missions. A conjunction is defined as a close approach between two objects in space, usually at very high speed.

The Starlink spacecraft are equipped with global navigation satellite service receivers to estimate orbital parameters, an ion propulsion system, and an autonomous maneuvering capability that provide data for prompt and proactive exchange of information. Both NASA and SpaceX benefit from this enhanced interaction by ensuring all parties involved are fully aware of the exact location of spacecraft and debris in orbit.

SpaceX has agreed its Starlink satellites will autonomously or manually maneuver to ensure the missions of NASA science satellites and other assets can operate uninterrupted from a collision avoidance perspective. Unless otherwise informed by SpaceX, NASA has agreed to not maneuver its assets in the event of a potential conjunction to ensure the parties do not inadvertently maneuver into one another.

NASA and the Department of Defense have decades of experience in proactively managing collision risks, as well as potential impacts. Effective mitigation relies on inter-operator coordination, accurate data, a sound technical basis for risk analysis, as well as proactive processes for appropriate actions to mitigate risks. By working together through this agreement, the approach to collision avoidance can be improved for all users.

In addition to this agreement, NASA is supporting growth in the U.S. commercial space sector through the release of the “Spacecraft Conjunction Assessment and Collision Avoidance Best Practices Handbook,” which the agency issued in December 2020 to improve global awareness of space activity and to share NASA lessons learned regarding close approach coordination and mitigation. The handbook is available at:

For more information about NASA’s programs and projects, visit: