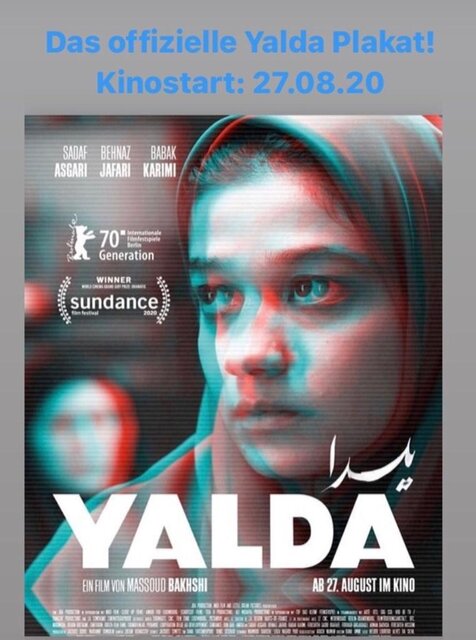 Iranian film “Yalda” to go on silver screen in Germany

Iranian film “Yalda, a Night for Forgiveness” directed by Massoud Bakhshi will go on silver screen at cinema theaters across Germany from August 27, 2020.

“Yalda, a Night for Forgiveness” with the theme of forgiveness, is co-produced by Iran, France, Germany, Switzerland, Luxembourg, and Lebanon and Behnaz Jafari, Babak Karimi, Fereshteh Sadre Orafaiy and Sadaf Asgari are among the cast.

“Yalda” has already received the Grand Jury Award from the 2020 Sundance Film Festival and the Best Screenplay award at the 24th Sofia International Film Festival in Bulgaria.