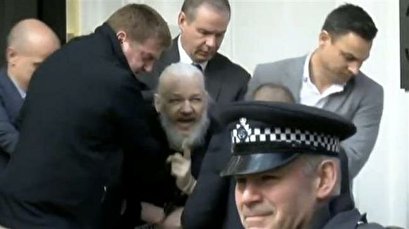 TEHRAN, Apr 11 -The arrest of WikiLeaks founder Julian Assan by the UK government shows that there was no respect for the freedom of press in Western countries like Britain and the United States, a political analyst from New York says.