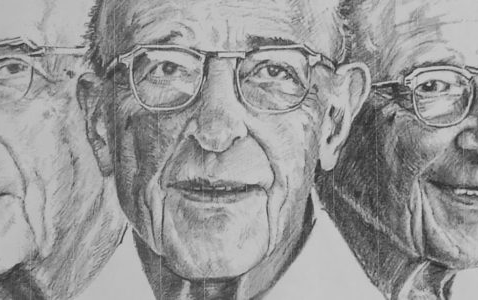 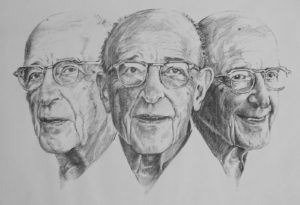 Carl Rogers is widely regarded as one of the most influential psychologists of the 20th -century.  He was a humanist thinker and believed that people are fundamentally good. Rogers also suggested that people have an actualizing tendency, or a desire to fulfill their potential and become the best people that they can be.

Rogers initially started out calling his technique non-directive therapy. While his goal was to be as non-directive as possible, he eventually realized that therapists guide clients even in subtle ways. He also found that clients often do look to their therapists for some type of guidance or direction. Eventually, the technique came to be known as client-centered therapy or person-centered therapy. Today, Rogers’ approach to therapy is often referred to by either of these two names, but it is also frequently known simply as Rogerian therapy.

Rogers was deliberate in his use of the term client rather than patient. He believed that the term patient implied that the individual was sick and seeking a cure from a therapist. By using the term client instead, Rogers emphasized the importance of the individual in seeking assistance, controlling their destiny, and overcoming their difficulties. This self-direction plays a vital part in client-centered therapy.

How Does It Work?

Non-judgmental, and empathic are the two key elements of client-centered therapy :

The therapist needs to share his or her feelings honestly. By modeling this behavior, the therapist can help teach the client to also develop this important skill.

The therapist must accept the client for who they are and display support and care no matter what the client is facing or experiencing. Rogers believed that people often develop problems because they are accustomed to only receiving conditional support; acceptance that is only offered if the person conforms to certain expectations. By creating a climate of unconditional positive regard, the client feels able to express his or her true emotions without fear of rejection.

Unconditional Positive Regard in Therapy

The therapist needs to be reflective, acting as a mirror of the client’s feelings and thoughts. The goal of this is to allow the client to gain a clearer understanding of their own inner thoughts, perceptions, and emotions.

By exhibiting these three characteristics, therapists can help clients grow psychologically, become more self-aware,  and change their behavior via self-direction. In this type of environment, a client feels safe and free from judgment. Rogers believed that this type of atmosphere allows clients to develop a healthier view of the world and a less distorted view of themselves.

Rogers defined self-concept as an organized set of beliefs and ideas about the self. The self-concept play an important role in determining not only how people see themselves, but also how they view and interact with the world around them.

Sometimes self-concept lines up well with reality, which Rogers referred to as congruence. In other cases, self-perceptions are sometimes unrealistic or not in tune with what exists in the real world. Rogers believed that all people distort reality to some degree, but when self-concept is in conflict with reality, incongruence can result. For example, a young boy might perceive himself as a strong athlete, despite the fact that his actual performance on the field reveals that he is not particularly skilled and could use extra practice.

Through the process of person-centered therapy, Rogers believed that people could learn to adjust their self-concept in order to achieve congruence and a more realistic view of themselves and the world. For example, imagine a young woman who views herself as uninteresting and a poor conversationalist despite the fact that other people find her fascinating and quite engaging. Because her self-perceptions are not congruent with reality, she may experience poor self-esteem as a result. The client-centered approach focuses on providing unconditional positive regard, empathy, and genuine support in order to help the client reach a more congruent view of herself.